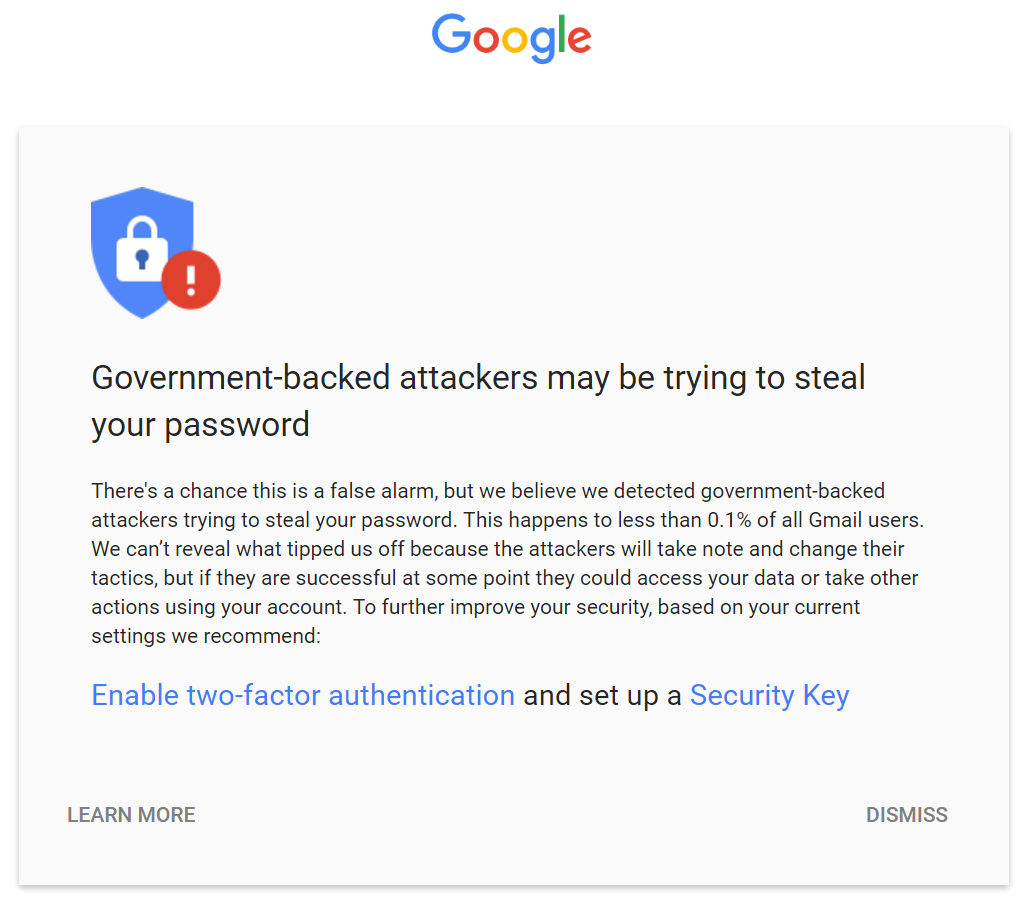 By Eric Howes,  KnowBe4 Principal Lab Researcher. For several years both Google and Yahoo have been warning users about potential attacks on their accounts by “state actors.” Indeed, earlier this year Google reported that it had issued almost 40,000 such warnings over the course of 2019.

To be sure, it’s an arresting notification to receive, and occasionally such warnings even make the news. And that’s what makes it the perfect hook for a social engineering attack.