In 2018, KrebsOnSecurity unmasked the creators of Coinhive — a now-defunct cryptocurrency mining service that was being massively abused by cybercriminals — as the administrators of a popular German language image-hosting forum. In protest of that story, forum members donated hundreds of thousands of euros to nonprofits that combat cancer (Krebs means “cancer” in German). This week, the forum is celebrating its third annual observance of that protest to “fight Krebs,” albeit with a Coronavirus twist. 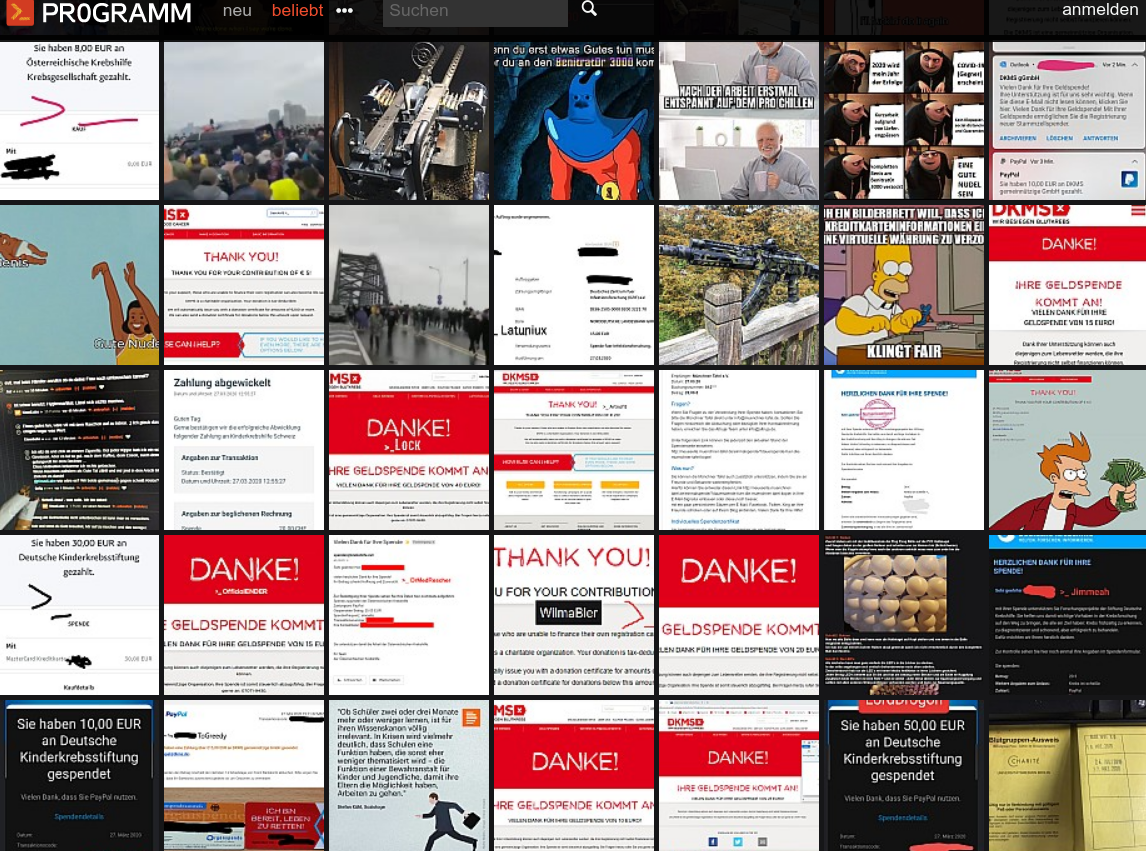 Images posted to the decidedly not-safe-for-work German-language image forum pr0gramm[.]com. Members have posted a large number of ‘thank you’ receipts from cancer research organizations that benefited from their fight cancer/krebs campaign.

On March 26, 2018, KrebsOnSecurity published Who and What is Coinhive, which showed the founder of Coinhive was the co-creator of the German forum pr0gramm[dot]com (not safe for work).  I undertook the research because Coinhive’s code at the time was found on tens of thousands of hacked Web sites, and Coinhive seemed uninterested in curbing widespread abuse of its platform.

Pr0gramm’s top members accused KrebsOnSecurity of violating their privacy, even though all of the research published about them was publicly available online. In protest, the forum’s leaders urged members to donate money to medical research in a bid to find a cure for Krebs (i.e. “cancer”). They ended up raising more than a quarter-million dollars worth of donations from members.

Last year’s commemoration of the protest fundraiser — dubbed “Krebsaction” by Pr0gramm — raised almost $300,000 for anti-cancer research groups. Interestingly, Coinhive announced it was shutting down around the same time as that second annual fundraiser.

This year’s Krebsaction started roughly three days ago and so far has raised more than 150,000 euros (~$165,000), with many Pr0gramm members posting screenshots of their online donations. The primary beneficiary appears to be DKMS, a German nonprofit that works to combat various blood cancers, such as leukemia and lymphoma. 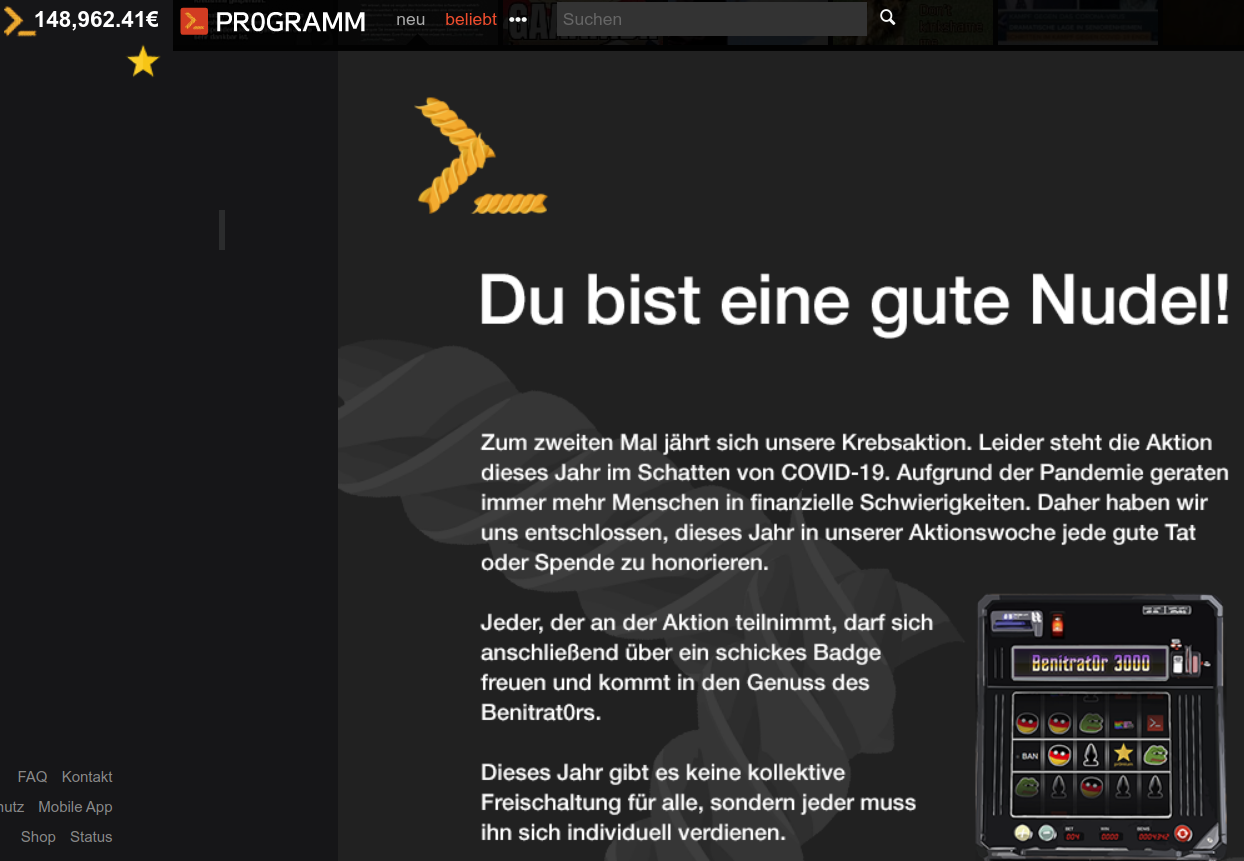 This year, however, Pr0gramm’s administrators exhorted forum members to go beyond just merely donating money to a worthy cause, and encouraged them to do something to help those most affected by the COVID-19/Coronavirus pandemic.

“This year pr0gramm-members shall not only donate but do a good act in terms of corona (and prove it), for example bring food to old people, bring proof of volunteering and such stuff,” reads the Pr0gramm image kicking off this year’s Krebsaction.  The message further states, “Posts mit geringem Einsatz können wir nicht akzeptieren,” which translates roughly to “Posts with little effort we cannot accept.”