Summary of 2018 HIPAA Fines and Settlements

This post summarizes the 2018 HIPAA fines and settlements that have resulted from the enforcement activities of the Department of Health and Human Services’ Office for Civil Rights (OCR) and state attorneys general.

In 2016, there was a significant increase in HIPAA files and settlements compared to the previous year. In 2016, one civil monetary penalty was issued by OCR and 12 settlements were agreed with HIPAA covered entities and their business associates. In 2015, OCR only issued 6 financial penalties.

The high level of HIPAA enforcement continued in 2017 with 9 settlements agreed and one civil monetary penalty issued.

While there were two settlements agreed in February 2018 to resolve HIPAA violations, there were no further settlements or penalties until June. By the end of the summer it was looking like OCR had eased up on healthcare organizations that failed to comply with HIPAA Rules. 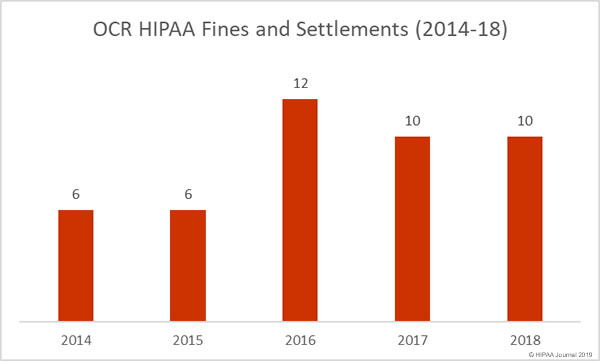 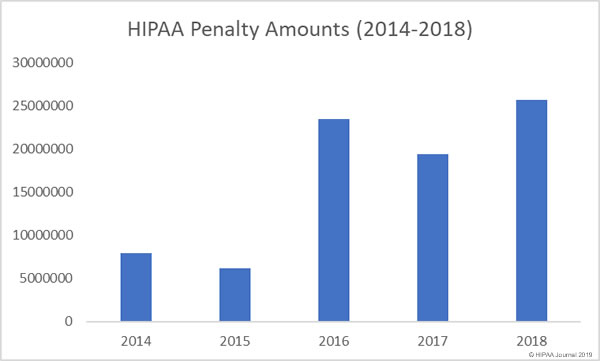 In October 2018, Anthem Inc., settled its HIPAA violation case with OCR for $16,000,000. The massive fine was due to the extent of the HIPAA violations discovered by OCR and the scale of its 2015 data breach, which saw the protected health information of around 78,800,000 plan members stolen by hackers.

There were 12 HIPAA-related financial penalties issued in 2018 by state attorneys general. The New Jersey attorney general was the most active HIPAA enforcer behind OCR with 4 HIPAA fines, followed by New York with 3, Massachusetts with 2, and 1 financial penalty issued by each of Connecticut, District of Columbia, and Washington.

The largest attorney general HIPAA fine of 2018 – Aetna’s $1,150,000 penalty – was issued by New York. Aetna was also fined a total of $640,171 in a multi-state action by Connecticut, New Jersey, Washington, and the District of Columbia. Washington has yet to agree to a settlement amount with Aetna.

*Washington yet to determine settlement amount

The post Summary of 2018 HIPAA Fines and Settlements appeared first on HIPAA Journal.