For the second consecutive month there has been a reduction in both the number of reported healthcare data breaches and the number of exposed healthcare records. In September, there were 25 breaches of 500 or more records reported to the Department of Health and Human Services’ Office for Civil Rights – the lowest breach tally since February. 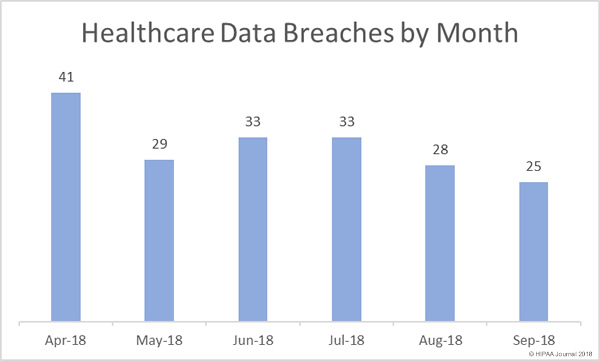 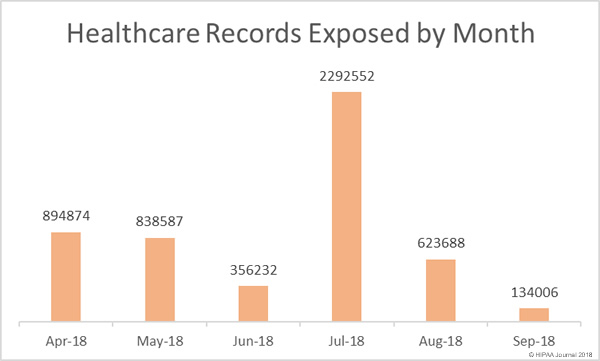 In August, hacking/IT incidents dominated the healthcare breach reports, but there was a major increase (55.55%) in unauthorized access/disclosure breaches in September, most of which involved paper records. There were no reported cases of lost paperwork or electronic devices containing ePHI, nor any improper disposal incidents. 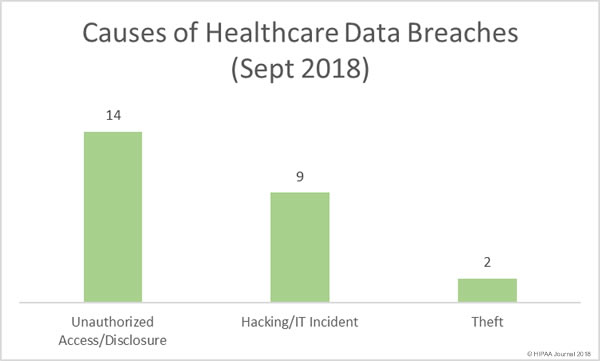 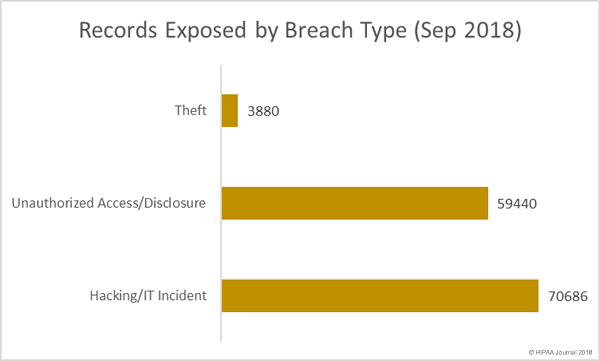 Over the past few months, email has been the most common location of breached PHI. September also saw a high number of email-related breaches reported – mostly due to phishing attacks – but the highest percentage of breaches involved paper records. There were 9 incidents involving unauthorized access/disclosure of paper records and one theft incident. 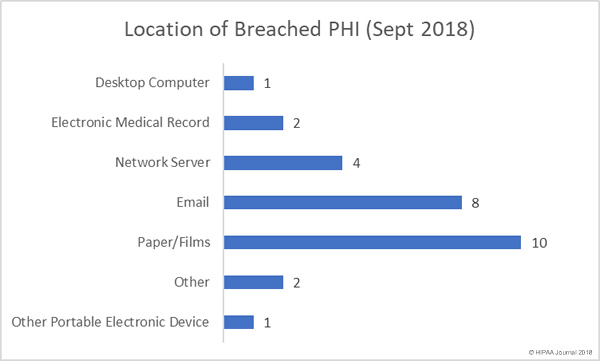 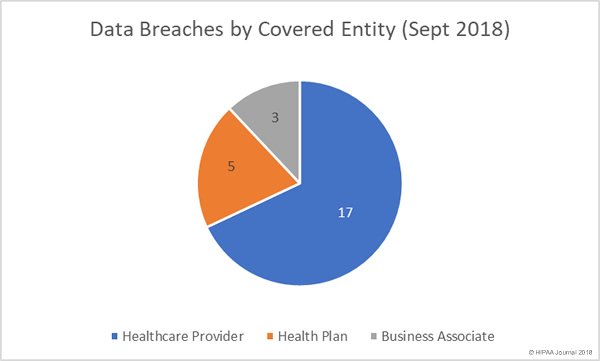 After two months without any OCR financial penalties, OCR agreed settlements with three hospitals in September to resolve potential HIPAA violations. All three hospitals were alleged to have violated the HIPAA Privacy Rule by allowing an ABC film crew to record footage for the TV show “Boston Med.”

In all cases, OCR determined that patient privacy had been violated by allowing filming to take place without first obtaining patients’ consent. OCR also determined there had been failures to safeguard patients’ protected health information.

State attorneys general also enforce HIPAA Rules and can issue fines for HIPAA violations. In September there was one settlement agreed with a state attorney general.  UMass Memorial Health Care paid $230,000 to Massachusetts to resolve alleged HIPAA failures related to two data breaches that exposed the protected health information (PHI) of more than 15,000 state residents. In both cases, employees had accessed and copied PHI without authorization.