Would You Have Spotted This Skimmer?

By February 6, 2018Cyber Security
No Comments

When you realize how easy it is for thieves to compromise an ATM or credit card terminal with skimming devices, it’s difficult not to inspect or even pull on these machines when you’re forced to use them personally — half expecting something will come detached. For those unfamiliar with the stealth of these skimming devices and the thieves who install them, read on.

Police in Lower Pottsgrove, PA are searching for a pair of men who’ve spent the last few months installing card and PIN skimmers at checkout lanes inside of Aldi supermarkets in the region. These are “overlay” skimmers, in that they’re designed to be installed in the blink of an eye just by placing them over top of the customer-facing card terminal. 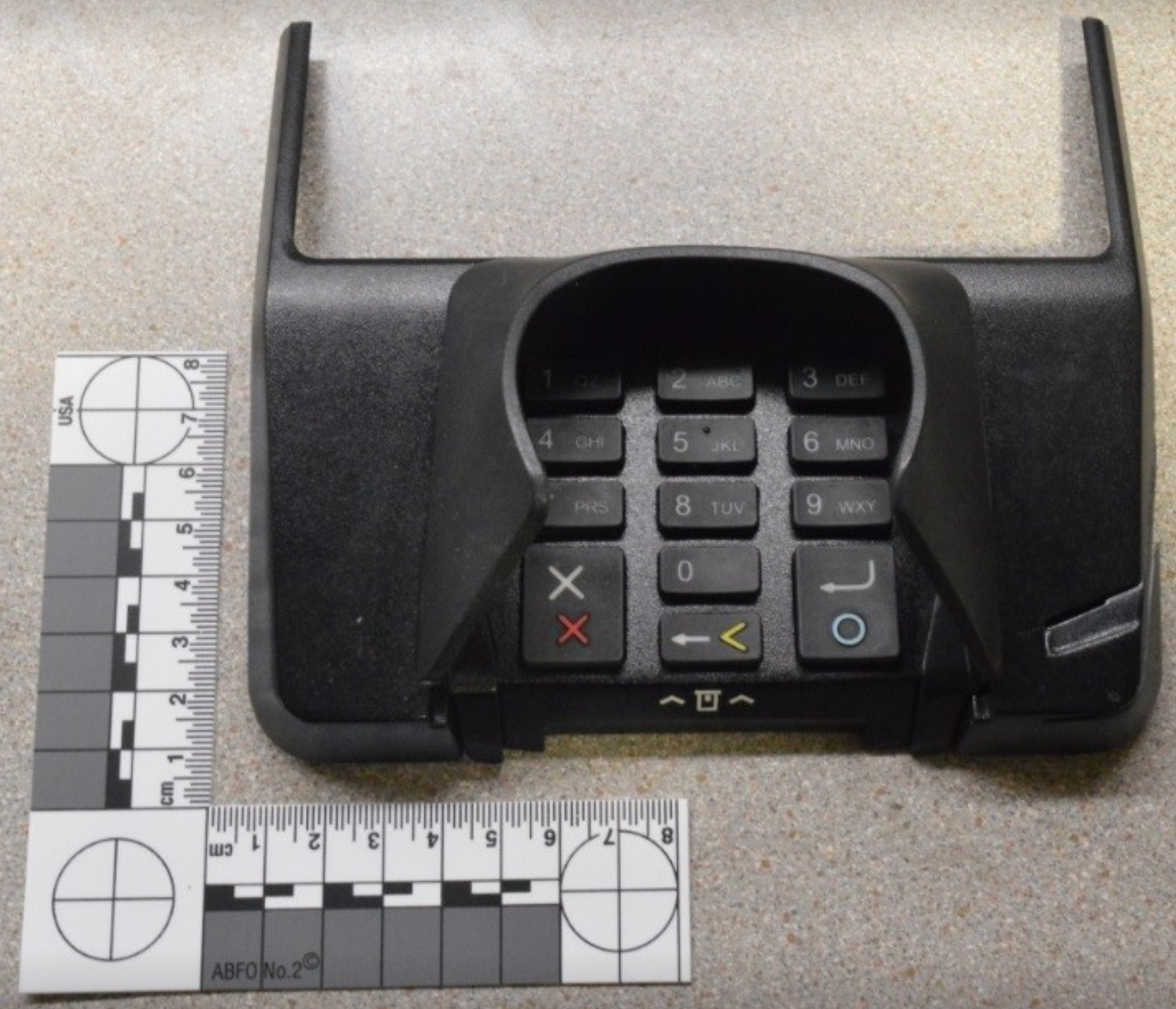 The top of the overlay skimmer models removed from several Aldi grocery story locations in Pennsylvania over the past few months.

The underside of the skimmer hides the brains of this little beauty, which is configured to capture the personal identification number (PIN) of shoppers who pay for their purchases with a debit card. This likely describes a great number of loyal customers at Aldi; the discount grocery chain only in 2016 started accepting credit cards, and previously only took cash, debit cards, SNAP, and EBT cards. 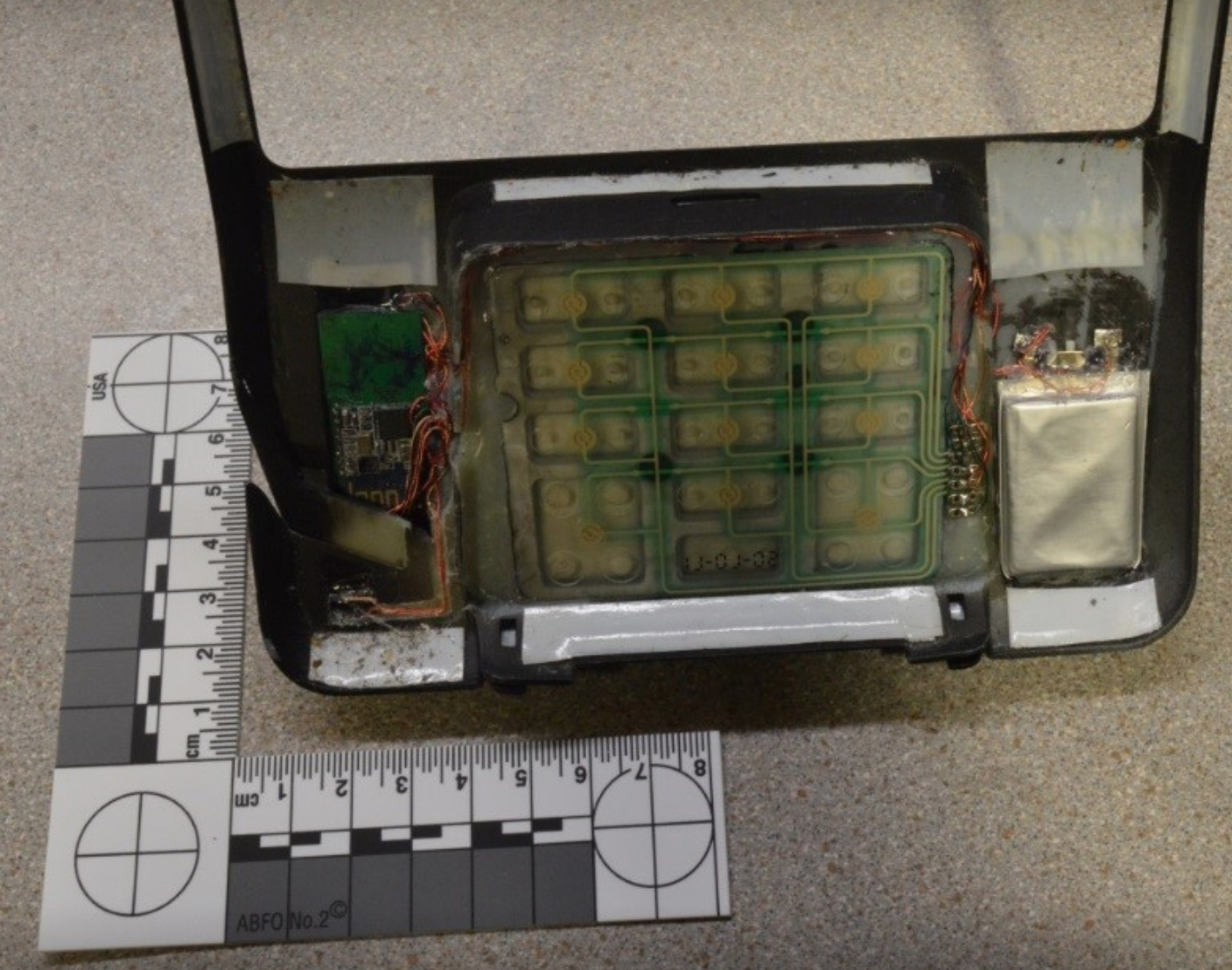 The underside of this skimmer found at Aldi is designed to record PINs.

The Lower Pottsgrove police have been asking local citizens for help in identifying the men spotted on surveillance cameras installing the skimming devices, noting that multiple victims have seen their checking accounts cleaned out after paying at compromised checkout lanes.

Local police released the following video footage showing one of the suspects installing an overlay skimmer exactly like the one pictured above. The man is clearly nervous and fidgety with his feet, but the cashier can’t see his little dance and certainly doesn’t notice the half second or so that it takes him to slip the skimming device over top of the payment terminal.

I realize a great many people use debit cards for everyday purchases, but I’ve never been interested in assuming the added risk and so pay for everything with cash or a credit card. Armed with your PIN and debit card data, thieves can clone the card and pull money out of your account at an ATM. Having your checking account emptied of cash while your bank sorts out the situation can be a huge hassle and create secondary problems (bounced checks, for instance).

The Lower Pottsgrove Police have been admonishing people for blaming Aldi for the incidents, saying the thieves are extremely stealthy and that this type of crime could hit virtually any grocery chain.

While Aldi payment terminals in the United States are capable of accepting more secure chip-based card transactions, the company has yet to enable chip payments (although it does accept mobile contactless payment methods such as Apple Pay and Google Pay). This is important because these overlay skimmers are designed to steal card data stored on the magnetic stripe when customers swipe their cards.

However, many stores that have chip-enabled terminals are still forcing customers to swipe the stripe instead of dip the chip.

Want to learn more about self-checkout skimmers? Check out these other posts:

How to Spot Ingenico Self-Checkout Skimmers